A race in my hometown, comprising 30 minutes plus 3 laps at the Mountbatten Centre velodrome – it had to be done.

The sun was out, and while the commissaires were checking the track surface, I took some time to figure out the wind direction and made the usual mental notes about where attacks were likely to happen, where I’d need to shelter and noticed that there was a tailwind on the finishing straight. This was going to be fast until the bitter end.

Having signed on, it was time for the safety briefing and some unfamiliar rules.

Firstly, no bidons allowed for any races less than 50 minutes, meaning I needed to hazard a guess about how much to drink to keep me hydrated.

Secondly, Garmins or computers had to be removed or covered with tape, apparently for safety reasons as there had been a few crashes caused by riders taking their eyes off the race. I was going to have to ride this on feel, and potentially with a dry mouth.

Garmin safely taped over, it was time to get warmed up and get a feel for the track. I went round a few times, the banking wasn’t too steep, this was going to be fine as long as I could hold on…

Quite a few teams had several riders in this race, and the guys from Poole Wheelers were bossing the bunch from the outset. I sat mid pack for a few laps and decided to follow the wheels for a while.

Coming past the grandstand, two riders went up on the banking, about to drop down and launch an attack, but they only succeeded in almost taking one another out.

Conscious of the fact that I needed to stay clear of any crashes, I pushed forward and sat around 4th or 5th wheel for a couple of laps, holding on as the pace ramped up, and able to follow the next couple of attacks fairly easily.

A third attack followed and the pack was split. Struggling to hold the wheel, I dropped back and was in a second group with Nic Ullett (Royal Navy & Royal Marines CA) before we, along with another rider, were unceremoniously dropped and then subsequently lapped by the oncoming breakaway.

This was the shape of things to come and I ended up holding Nic’s wheel for several laps before offering my own for as long as I could. The pack then lapped us again, along with a small group ahead who had also been dropped.

We formed a small grupetto, but I was spent by this point and lost contact as the commissaries indicated what would be our final lap before the main pack were left to contest their last 3 laps.

Joining the 5 others at the side of the track, we watched the final laps and witnessed 2 riders have an extremely unpleasant crash as they cornered. It didn’t look good at all and an ambulance was called.

All in all, I had mixed feelings about the race. I still have some way to go as a racer, and the overall standard was a lot higher than I had expected, so I suffered and can’t really say that I enjoyed this one. I’m just thankful that I managed to stay rubber side down and it’s all good experience that I can learn from.

I’ll be back in action next weekend for the Westerley Spring Crits at Hillingdon, a 3/4 race which I’m expecting to be tough, but I can’t wait to race on a familiar circuit and see how things go! 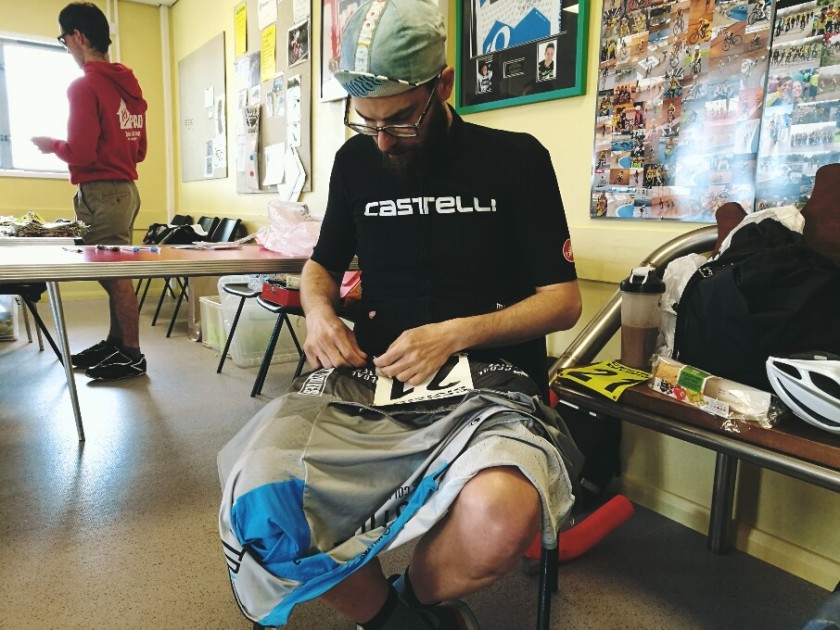 Justin pinning on his Numbers.

My words to Josh before heading off to Hillingdon were something along the lines of not getting into a break after 3 laps and exhausting himself. I added that if I managed to last the race and could get into a decent position then I would do my best to help him get the point he needed to get up to 3rd cat.

Some of this happened.

Another Saturday and again, slightly windy conditions but a sunny day overall and no sign of the thunderstorms that had been forecast, thankfully. 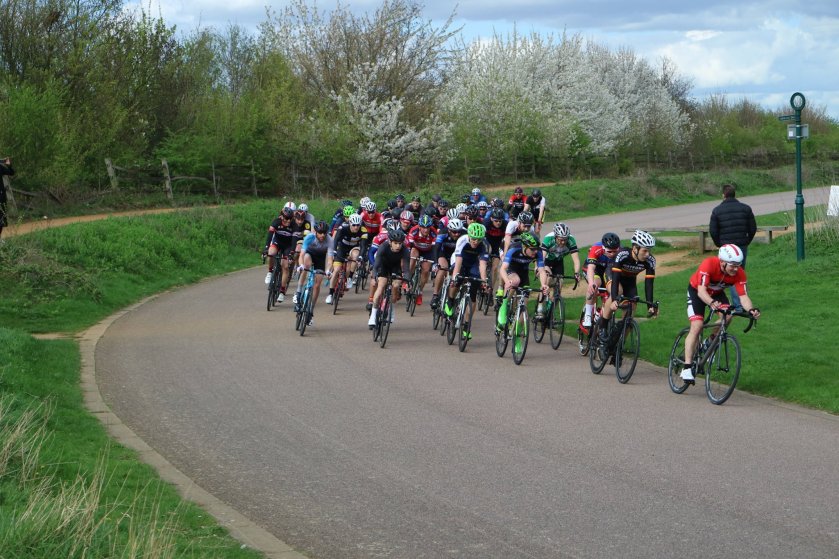 Determined to have a better race this week, I warmed up, and decided to find myself a good wheel to follow for the first couple of laps, taking note of
where I needed to be sheltered from the wind and sussing out any dodgy riders to be avoided.

A couple of laps in and I was sitting mid pack, feeling good and aware of Josh who was placed further up the pack but wasn’t showing any signs of going for a breakaway.

It was a packed field and the pace was a lot faster this week, with the peloton averaging around 40.5kmh for the majority of the race. It wasn’t particularly hard going, but some riders weren’t taking good lines around corners and one or two were moving around the pack dangerously, with a certain rider being called out repeatedly. 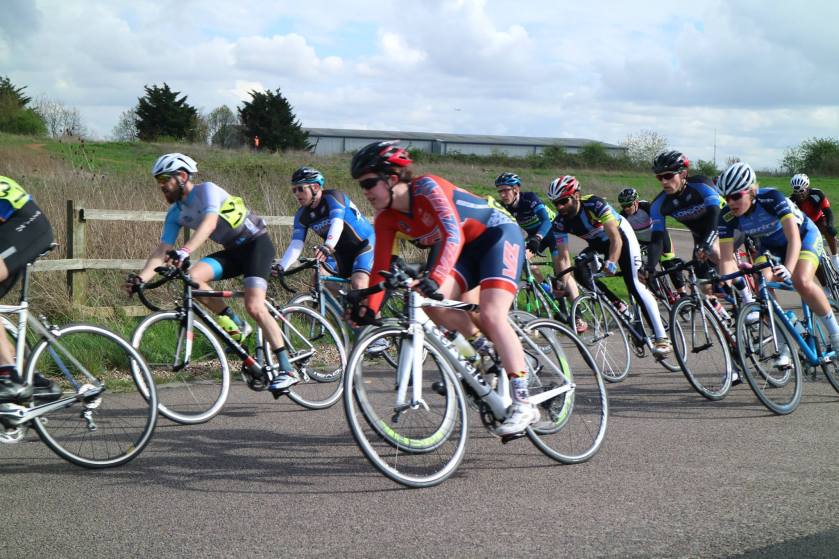 There were quite a few hairy moments throughout, a touch of wheels, some close calls with the ladies’ race and a lot of shouting, so the need to remain focused was key. Riders were getting boxed in or forced into the gulleys at various points but thankfully everyone appeared to stay upright.

Passing the 25 minute mark, I was chuffed, I’d managed to better last week’s effort, had avoided any mishaps and I still felt good. Having positioned myself on the outside of the pack about 20 places back, I was able to corner well and wasn’t having to continually chase like the previous week. I was also able to react to any changes in pace, holding the wheel in front and feeling a lot more confident.

At some point I moved further up and remember riding alongside Josh, he was also on my wheel during the race for a few laps and I could see later on that he was holding a good position, no suicide missions this time, it was looking good. 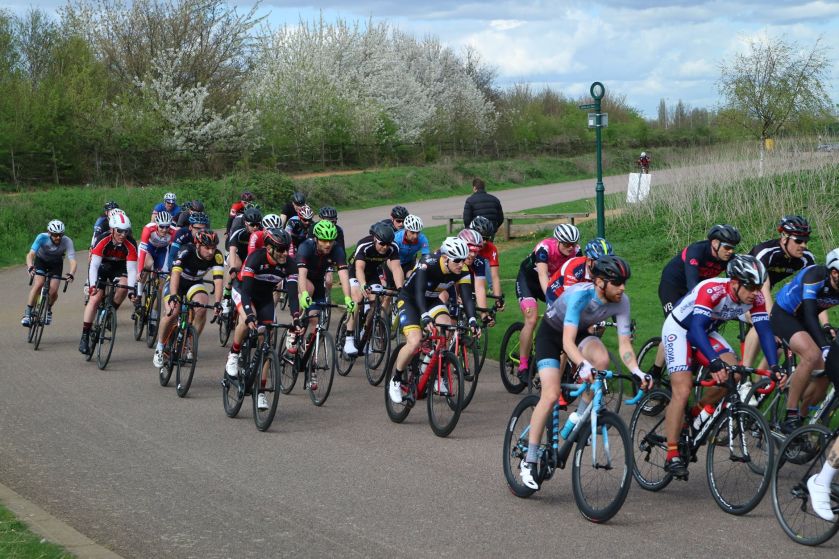 5 laps to go passed, 4 laps to go, then 3 and I was still holding on. I wasn’t in contention, but I was happy, this was a big improvement on the previous week, but as I took the first left turn with 2 laps to go, I started to feel sick, retching slightly and repeatedly. As you can imagine, this made me lose my concentration, and I was gone, dropped, chasing as the gap grew, and the elastic well and truly snapped.

The pack sped through for the final lap and shortly after, the commissaire waved me in, so it was another DNF.

I managed 53:02 of racing, covered 35.2km and averaged 40kmh (thanks Strava for rounding it down to 39.9kmh when I uploaded from my Garmin) and I’m more than happy with that for now. 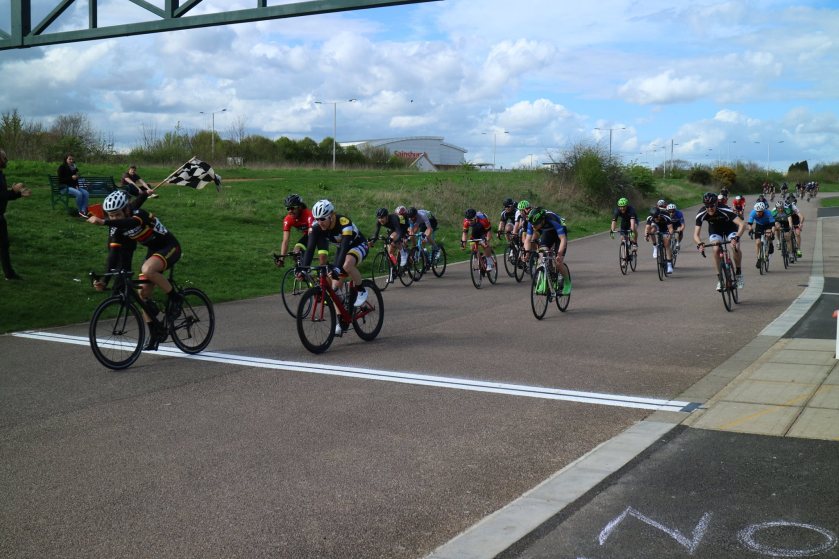 I watched the race come to its conclusion and it was great to see Josh in the top 10, finishing 9th and making the move up to 3rd cat as a result.

This means the end of us racing together until I’m ready to try out a 3/4 race, but it was a big result for Josh and another cracking day of racing.

I’ll be back racing in the next couple of weeks and am hoping that I see further improvement as the weeks go on!